How To Figure Out What You Can Safely Withdraw In Retirement

In conversations with people who are very close to retiring (within the next 3-6 months), the financial planning rule of thumb of a 4% “safe withdrawal rate” often comes up in our discussion. It seems as though it’s become an almost universally accepted “rule” and is rarely questioned. To combat complacency and willing acceptance, I routinely question it, making it the starting point for conversations regarding retirement income.

First, let’s do a quick review of the 4% rule, which is a guideline that people like to use to determine how much they can safely withdraw from retirement savings without risking that they’ll run out in the future.

You continue increasing your withdrawals annually until you are leaving the balance as an inheritance to your heirs and/or charitable organizations. It’s worth noting that the person who “invented” the 4% rule (Bill Bengen) retired a few year years ago and his retirement strategy is very close to using the 4% rule.

When talking with almost-retirees, I like to give them a look at the first year under this scenario. If pension income will be $900/month, Social Security will be $2,100 and investment withdrawals add up to $1,667 from the 4% example, I like to do a “back of the napkin” reality check with them. Can they really get by on $4,667 before taxes each month?

We look at their after-tax income as a result of that question and also review their current budget categories and expected level of spending. Some expenses will inevitably decrease (dry cleaning or gasoline, maybe housing) and some will inevitably increase (like health care). Of course, this is merely a starting point for conversation, providing a situation to discuss the limitations of the 4% rule and provide other ways to figure out a “safe withdrawal.”

Reviewing the flaws of the “4% rule”

An article with an economist discussing the limitations of the 4% rule points out a few of the flaws inherent in using that rule for all retirees:

In the New York Times article, Wade Pfau (the economist mentioned earlier) looks at a few different models (constant spending, floor & ceiling rules, and a complicated set of “decision rules”) that various financial professionals have developed to deal with weaknesses and limitations in the 4% rule. The part of the article that I find most interesting is that in every model, people almost always UNDERSPEND in retirement, leaving a significant inheritance (which my kids better not be expecting to happen in my life!!!).

While most of the models show a significant sum left at life expectancy, there are scenarios in each model where the portfolio is depleted. There are no “sure things” when it comes to projecting future returns and future expenses and no one knows (or probably should know) the exact date of their own death.

How I plan to make withdrawals in retirement

Here’s the conservative approach that I plan to use when I retire. I’ll start with the 4% rule in mind, but I’ll have a safety net of 3 years worth of cash sitting in a money market account. In years where the market has gone up, I’ll withdraw 4% or more if I want to travel or have large expenses, up to the amount of investment gain that year.

In down markets, I’ll use the cash on hand & suspend any withdrawals from the portfolio. That can virtually eliminate the sequence of returns/early years risk and build in some margin for error. It won’t assure that I don’t run out of money, but it does provide some upward latitude in good years and some protection in down years.

Everyone’s approach will be different

While that’s my planned approach, at least as of today, it may not be right for you. Have you had conversations with your advisors and/or your spouse about your approach? Are you more concerned with running out of money later in life, or not having enough money to spend early in retirement when you’re at your most active?

Retirement clearly is not a one-size fits all approach and I strongly suggest looking at several scenarios based on your assets, income streams and current spending levels. Once you retire, it’s usually permanent. Taking the time to work through your specific situation BEFORE you retire can save you mountains of financial stress during retirement.

A version of this post was originally published on Forbes. 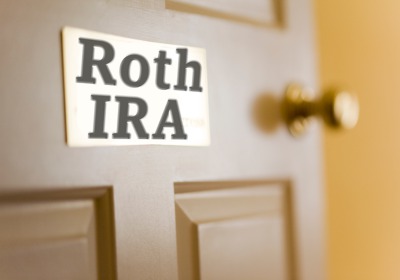 Are you wondering if you should convert your retirement account to a Roth by the end of the year? After all, there’s ...
Read More