Home > Think Tank Research Portal > Are Your Money Beliefs Holding You Back?

Are Your Money Beliefs Holding You Back?

If you are looking to improve your financial wellness, it is important that you are aware of the role your financial attitudes and beliefs have in shaping your future. These beliefs help explain key differences between savers, spenders, and people who try to avoid money matters completely. They can be extremely stubborn and are difficult to change since they can become a part of our ongoing “money script” or life story that follows our financial behaviors.

Drs. Brad and Ted Klontz used the term “money scripts” to describe financial beliefs that are often developed early in life and are frequently passed from one generation to the next. No matter where you are on the journey to reach your financial life goals, it’s always helpful to be aware of your past experiences with money whether they were positive or negative. Take a moment to answer these simple questions:

What are some of your earliest money-related memories and experiences?

Was money a frequent source of arguments or was the topic often avoided?

What are your current “money scripts” or financial belief patterns?

According to research performed by Dr. Brad Klontz and Dr. Sonya Britt, professors at Kansas State University, three out of four primary money beliefs (money avoidance, money status, and money worship) are linked to potentially destructive financial behaviors. For example, these patterns of money beliefs have been associated with having lower levels of net worth, lower income, and higher amounts of revolving credit. The other money belief, money vigilance, was not linked to problematic financial behaviors.

Do you identify with any of these money beliefs?

In general, money avoiders tend to view money as negative and a source of fear, anxiety, or disgust and often have beliefs that wealthy individuals are greedy. Money avoiders think that they don’t deserve money or that money is bad and the root of all evil. In addition, they also tend to believe that it’s not okay to accumulate more wealth during your lifetime than you will actually need.

Money avoiders may experience conflicting beliefs that having more money and wealth could improve their life satisfaction, self-worth, and social status. This belief system can create a tug-of-war between feelings of contempt toward money and wealthy individuals to placing too much emphasis and value on the role of money during their life journey.

Money worshipers believe that having more money will solve all of their problems and money is the key to happiness. An associated money script is that “things will get better in life if I just had more money.” Another common belief is that the accumulation of more money will lead to increased happiness and overall life satisfaction. For the money worshiper, money is viewed as a scarce resource and there will never be enough of it. Money worshipers may prioritize work over family and social relationships.

People with money status belief systems tend to define their self-worth by their financial net worth. They also place a great deal of emphasis on buying the hottest new items with leading brand names and quality. Money is a sign of success for those with strong money status beliefs. As a result, these individuals may pretend to possess more wealth than they actually have and may overspend to provide others with an impression they have achieved financial success.

Money vigilance is typically associated with themes of frugality and people with these money beliefs tend to focus on the importance of saving, use discretion when discussing financial matters and express anxiety about not saving enough for emergencies. Money vigilant people are most likely to pay attention to their financial well-being. A common belief for the money vigilant is that people should work hard for their money and not expect financial handouts. They also tend to be more anxious and guarded when discussing money matters with people outside of their closest network of friends and family.

Do your money beliefs support your life goals or are they creating a roadblock?

Money worship beliefs can lead to compulsive spending, work-life imbalances, and hoarding behaviors. These beliefs can also be associated with financial dependence, giving money to others they cannot afford to part with, and ignoring or not paying attention to one’s own financial situation.

Money vigilant beliefs can help provide wealth protection. But this watchful approach can also prevent you from enjoying the benefits of achieving a positive state of financial wellness.

Are your money beliefs helping support your financial behaviors or are they creating roadblocks for your financial life plan? If you are having trouble following a budget, eliminating debt, or saving, your money scripts may be holding you back. You can take this quiz, which is the Klontz Money Script Inventory (KMSI) if you want to complete your own self-assessment to examine your own money beliefs.

It’s never too late to rewrite your script

The good news is that you have the opportunity to rewrite these money scripts. While money beliefs can be passed on from one generation to another, they do not have to be permanent. Once you’ve identified your patterns of thinking about money, you can begin to examine how changing those beliefs can fundamentally improve your financial situation. Then you will truly be ready to take mindful, deliberate steps to turning resolutions of change into reality.

3 Mind Tricks To Hack Yourself Into Spending Less

If you feel like you’re stuck in a rut, living paycheck to paycheck and worried that an unexpected expense could ...
Read More 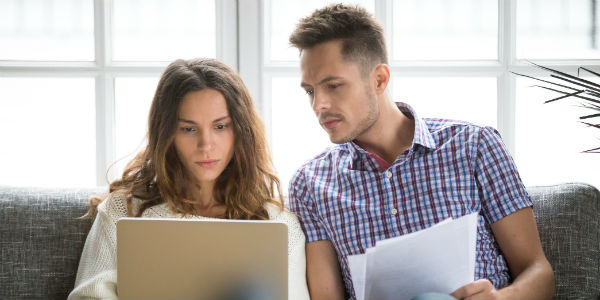 Have you ever had “The Talk” with your partner and it ends in hurt feelings and a slammed door? This ...
Read More 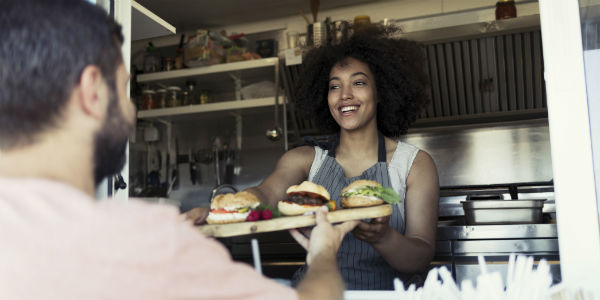 Do You Really Need To Tip For That?

The other day I popped into one of my favorite burger places to pick up a cheeseburger and fries to ...
Read More