How to Get Around Roth IRA Income Limits

A while ago, I wrote about some reasons to consider contributing to a Roth IRA. But if you earn too much to contribute to one, these arguments may seem like a moot point. However, there are a few things to keep in mind before completely writing off the Roth IRA.

One is that the income limits are based on MAGI (modified adjusted gross income). That means if you contribute enough to a pre-tax 401(k) or similar qualified retirement plan, you may be able to bring your MAGI below the income limits. (Here is a little more on MAGI.)

Another point is that there is no income limit to convert an existing pre-tax IRA into a Roth IRA. In addition to allowing you to convert existing IRAs to Roth IRAs, this also presents a loophole to get around the Roth IRA income limits. You can simply contribute to a traditional IRA (which will not be tax-deductible if you earn too much to contribute to a Roth IRA and are covered by a retirement plan at work) and then immediately convert it into a Roth IRA.

This is called a “backdoor” Roth IRA contribution. (Since it’s really a conversion rather than a contribution, you may have to wait 5 years before you can withdraw the amount you converted penalty-free before age 59 1/2).

There is a caveat to this strategy though. If you have other funds in a traditional (pre-tax) IRA already that you aren’t converting, you have to pay taxes on the same percentage of the conversion amount as you have in total IRA dollars that are pre-tax. That means you could end up owing taxes on the conversion even if all the money you convert was nondeductible and thus after-tax.

For example, let’s say that you have an existing IRA with $95k of pre-tax money and you contribute $5k to a new IRA after-tax.  Since 95% of your total IRA money is pre-tax, 95% of any money you convert to a Roth IRA is taxable even if you convert the new IRA with all after-tax money. In other words, the IRS looks at all of your IRAs as if they were one account and taxes your conversions on a pro-rata basis. In this case, you would owe taxes on 95% of the $5k you convert.

The good news is that there’s a way to avoid this. See if your current employer’s retirement plan will accept rolling your existing IRA money into the plan. If so, the only IRA money you would have in this example is the $5k after-tax IRA so you won’t pay any taxes on the conversion since 0% of your total IRA money is pre-tax.

So there you have it. You can contribute to a Roth IRA one way or the other as long as you have some type of earned income. (Otherwise you won’t be able to contribute to a traditional IRA either.)

That is unless the federal government reinstates the income limit on Roth conversions. (Although, considering that Roth IRA conversions bring in tax revenue without having to raise taxes, I doubt they will do that anytime soon. Yes, Roth IRAs reduce tax revenue in the long run, but in the long run we’re all dead…or in the case of current politicians, out of office.) But if I’m wrong, that’s just one more reason to do a backdoor Roth IRA contribution while you still can.

Want more helpful financial guidance, delivered directly to your inbox? Sign up to receive our posts, written by financial planners who work with people like you every day. No sales pitch EVER (being unbiased is the foundation of what we do), just the best our awesome planners have to offer. Click here to join. 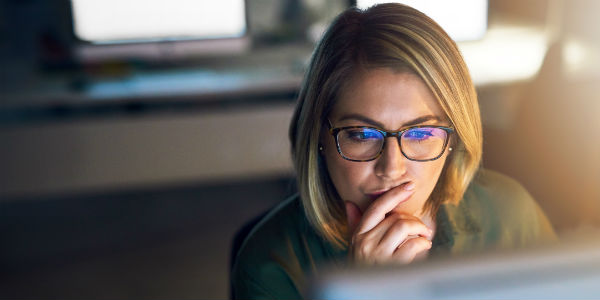