Home > Think Tank Research Portal > What We Can Learn From “The Will: Family Secrets Revealed”

What We Can Learn From “The Will: Family Secrets Revealed”

Sometimes my job is really fun!!!  Today is one of those days.  I had the opportunity to check out a TV show before it airs.  That made me feel a little bit like a celebrity.  Here’s the story.  There’s a show on Investigation Discovery called The Will: Family Secrets Revealed and I had never seen the show before.  Because of our blog here, someone from the channel contacted us to let us know that Season 3 is starting soon and graciously allowed one of us to preview a few episodes.  Luckily for me, I was the one who got to do this.  I think I have a new favorite show and I’ll be DVR’ing the series now!

Their new season starts later this month with the train wreck that was the Tammy Wynette estate settlement.  I have to admit that I’m not much of a country music fan so I really didn’t know much about her music or her life.  But wow, what an interesting story (in a Jerry Springer kind of way). She had 5 husbands, a problem with substance abuse, mystery surrounding her death, and a wrongful death lawsuit that was filed by her children against her physician and her fifth husband and all of that was put into a 1 hour long show.  And that wasn’t the worst of it.

Her kids received NOTHING when she died and they fought that.  They expected to receive their shares when her fifth husband, who doubled as the executor of her estate, died but they didn’t. They wanted their mom’s wishes carried out, wishes that her mom called a family meeting to address and walked through very specifically with her children and her fifth husband.   There are a ton of details about the case that I’m leaving out so I don’t ruin the ending if you decided to watch the show (Watch it!  It’s very entertaining…), but there were some very clear estate planning lessons that we could all learn from what went wrong in her estate plan.

Those are lessons just from the first episode of the season.  There are a lot more in the second episode about Ritchie Valens!

We can all learn a lot from the disastrous estate planning that was (or wasn’t) done by celebrities.  In some cases, their estate plans are things of beauty and can be examples of how things should be done.  I’m not sure if that would make for a compelling TV show though.  Sometimes, it’s easier and more entertaining to have a “How NOT To” manual from which to learn.  If the rest of the shows are as entertaining and instructive as the two I’ve seen, The Will just might be a great way for you to be entertained and pick up a few tips along the way.  How often do we get the chance to do both of those things at the same time?

You may be thinking, “I’m not rich, so I don’t need estate planning.” The truth is that anyone with savings, ...
Read More

How To Choose Between A Will Or Trust

1. Is privacy important to you? A. No, I don’t mind that the distribution of my estate is public record ...
Read More 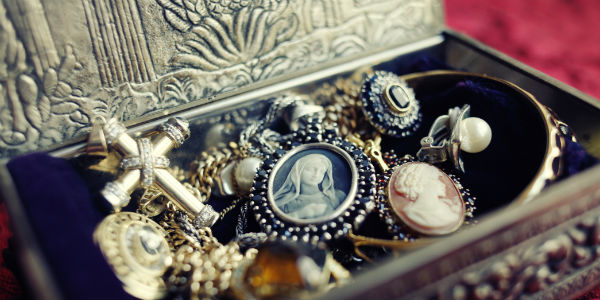 How Taxes Work On Assets You Inherit

The death of a loved one is often a very emotional and stressful experience. That stress can be compounded by ...
Read More