Home > Think Tank Research Portal > Are You Married to a Spender?

Are You Married to a Spender?

What do you do if you are married to a spender and you are a saver?  Last week I met a woman (I’ll call her Paula) during a worksite financial planning session, and she complained about this very thing.  Having money in savings is a high priority for her – she has four months of emergency funds saved and has a dent in the down payment for their future house.  She is recently married to a spender (I’ll call him Rick) and is starting to feel resentful because the burden for saving is on her.

This is a common scenario – well, opposites do attract!  She told me how fun he is and how they love doing things together.  He just took her to the drag races – she’d never seen anything like that and thoroughly enjoyed their time together, even though they were drinking $8 beers.  His zest for life and playfulness has opened her life to wonderful new experiences.  She mentioned that he loves her stability and dependability so it seems this is a match made in heaven.

Money wise, however, it is not a match at all.  He is not a saver; he lives paycheck to paycheck because he spends every dime he has.  He approaches money completely differently than she does. She sacrifices in order to have money for emergencies or unexpected expenses, as well as her longer term goals.  He has no concept of a savings cushion – in his mind that money is to do fun things with, not save for new tires or vet bills.  These are just funds to spend in the future.  She feels taken advantage of because she goes without in order to save, and he just expects her to fork over cash when he asks her.  The very thing that attracted her to him drives her crazy.

She asked for help, “How can we make this marriage work – money wise?”  I felt like this was right out of the monthly Redbook magazine feature, “Can this marriage be saved?” where the wife tells her story, then the husband tells his, and then the counselor writes about how to solve the problem.  I always love reading the different perspectives and how the counselor helps the couple.  Now it was my turn!  After a long discussion with Paula, we came up with an idea that she is going to try.  Here is the gist of it – at least the starting point:

The spender spends and the saver savers.

I know this sounds simplistic but stick with me here.  Think about this: it is much easier to push a car that is already rolling than to push one from a dead stop.  Momentum is the answer, so we came up with a plan to put Rick in charge of the emergency savings – money that will eventually be spent on emergencies.  Rick will set up automatic transfers from his checking to a savings account from every paycheck.  He is a spender, and that isn’t going to change, so siphoning off funds first will make them “out of sight, out of mind.”  Then he gets to spend them when the emergency or unexpected expense arises.

This also may give him a sense of pride of being the “money hero” in the family instead of that always falling on Paula to bail out the family.  An added benefit, this eliminates resentment from his wife which I would assume would be a big plus for Rick.

Paula is a saver and takes great pride in it, so put her in charge of saving and investing for the long term goals.  She is good at it and is willing to sacrifice to do it, so she is the perfect one to be saving for a down payment for a house.  I just can’t see her tapping into that savings very easily.  With Rick socking money away for emergencies, and her for long term goals, they have a pretty good chance they will be successful.

This seemed like a good start for them. Paula will be happy because her husband will still be taking her to the races or other fun outings (albeit maybe not as often).  Paula promised they’d track their spending and meet once a week to talk about their money, so start to open the lines of communication about money.  Can this marriage be saved?  I think it just might turn out well.

What do you think? 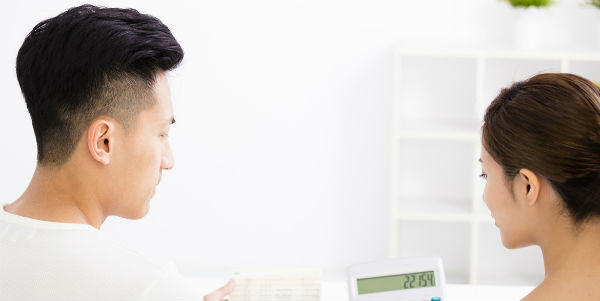 Why and How to Have Weekly Money Talks

When I first got married, money talks in my home looked something like this: I brought out my spreadsheet and ...
Read More 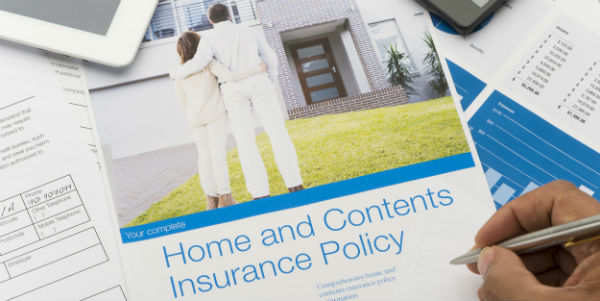 How To Save Money on Your Homeowners Insurance

When my husband and I shopped for homeowners insurance back when we bought our condo a couple of years ago, ...
Read More